The field of progressive new women in political office leading up to an anticipated sharp witted indictment of Donald Trump. A showcase of powerful women culminating in a hope-inspiring speech from Kamala Harris. Emperor Trump will be destroyed and she will let us know exactly why he will fail under our resistance and perseverance.

This time I tried watching the official live stream of the 2020 Democratic National Convention. A free service to anyone on the Actblue.com email list. Youtube live streams may have inserted ads and free internet-tv can crash at the wrong time. I aim to avoid frustration.
I liked how the official stream can be backed up for replay and skipping back to the present. 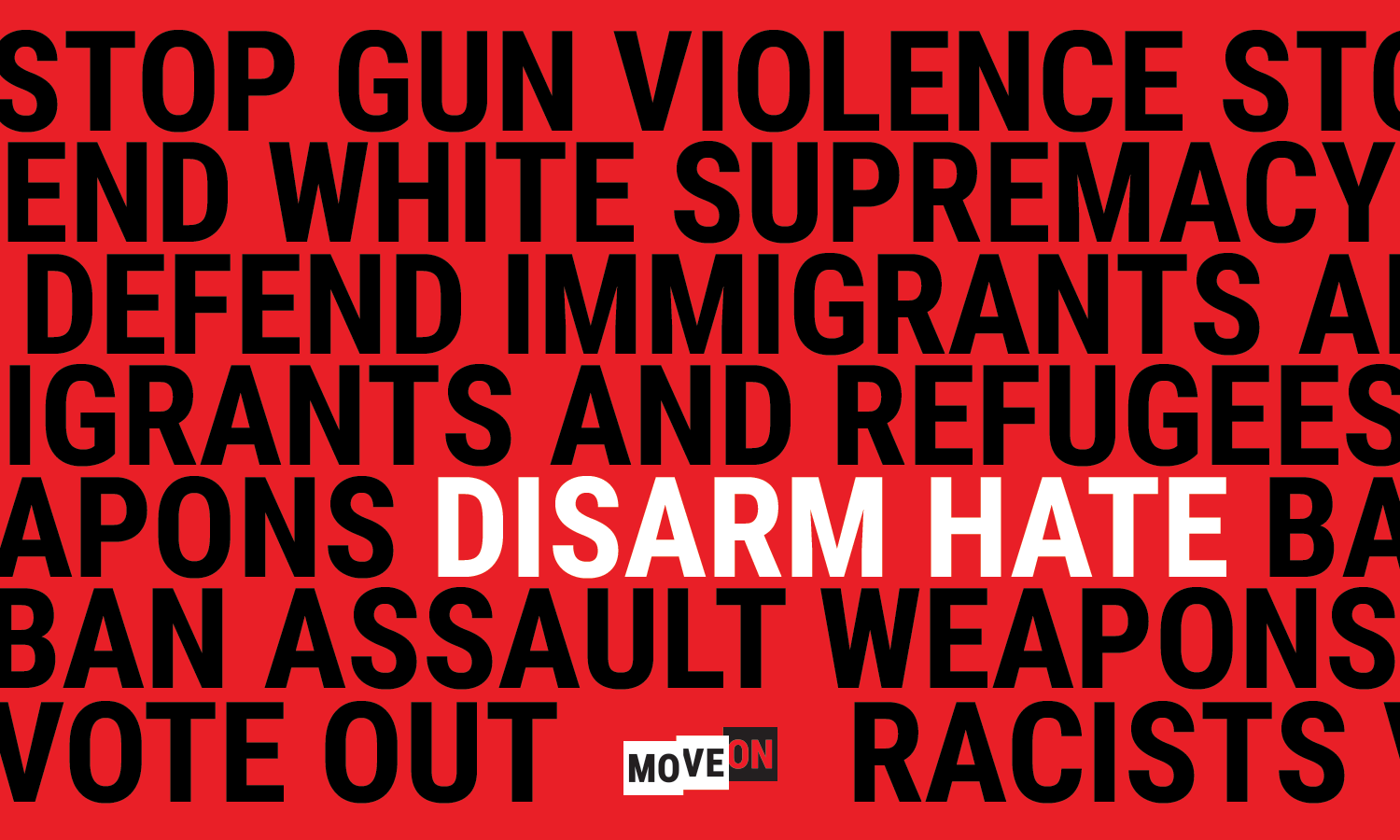 She is an example of the scope of our violent right wing adversary. She stood back up and won after they shot her down. She started the nomination process that continued by several democratic women who are excelling in their service to our nation. This was coupled with a multimedia presentation about conquering the climate change crisis through alternative energy investment. The smart grids that started with help from the Obama Administration are still keeping thousands of workers building windmills and solar farms. The need for large wattage projects has shot way above the already large home and commercial installation market.
Getting off of gasoline? Maybe get on an E-bike.

Billie Eilish performed the first song of the 2020 DNC. Maybe at the RNC Trump will trot Meatloaf, Kidd Rock, and Ted Nugent out again. She sang of a future you can be in love with. Many artists are suing the Trump campaign for unauthorized use of their music. Nobody wants that association. Artists were climbing over each other to get a song off live in the DNC. And we can hear it this year!

Democratic immigrant history is deep in this nation.

Always at the front line of conflict between democracy and the Trump administration.
It was such an honor for her to address the Democratic National Convention. Even though we’re all participating from home, I could still feel how fired up everyone was. That energy was electric, so now, she is personally reaching out to ask you to turn that energy into action.

Hillary Clinton has fought tooth and nail for women and families.

She understands the inequities so many face and refuses to let it go. She’s a fighter — and we’re so thankful for that. Trump and the GOP are trying to destroy the incredible legacy she’s built. That’s why we need your help!

Take the survey today and let us know what you think of Hillary’s legacy:

If he had put his ego aside…
It takes a village to compensate for weak leadership. She knows and endorses our winning team of Biden Harris.
We got a profile of the woman who may potentially be President, Nancy Pelosi.
Both battle tested and ready to lead on day one

Working parents have serious issues that never got addressed by the Republican’t Party. Childcare aid, equal pay for women. To add injury to insult, Trump’s “suburban housewives” have no safe clean schools just like there’s no clean coal.
Joe Biden will work with Elizabeth Warren to fight for the things she cares about most.
She doesn’t need to be VP now. She can just propel the progressive agenda from her Senate seat.

Participate and maintain your political presence. You are now in the age of feedback.
Kamala started up with a message about the need to check your registration.
Fight for your country and distinguish yourself with the truth.
The NRA is a dead duck.

What we do shall echo through generations to come..
A lesson from a constitutional law professor.
He had hoped that Trump would learn to take the job seriously or putting in any work.
Politics of ratings and rantings. and making merchandise of all the divisions
If you’re still undecided, look at Joe. See the strength of character you haven’t seen in 4 years. Barack endorses the Joe Kamala team, emphatically. Everything Obama did that worked, Joe helped build that law or policy.
He implores us that this is a team effort with democracy at stake. if you’re cynical about government consider this. If you were cheated, diminished and rejected, and broken promises. You will find there’s a right wing Republican’t telling you what you cant do. Elections form long ago still matter now, the new vote can change it at every level of office.
Where do you go after Obama?

Only to Kamala Harris, of course!

They played a great multimedia introduction that show off her social proof in the real world.

Kamala with husband Doug, sisters and extended family detailed her proof of birth and authenticity of experience in public service. It’s an impressive an appropriate resume! Kamala played it kind of safe for this celebratory occasion. Not many hits on Trump in this speech.
Then she launches into today’s issues in a huddle with the girls moment. She really addressed the women of our nation tonight.
Her side of the Presidential election campaign is about new voters and their issues. She can lead the Warren and Bernie Democrats. No bad compromises.
So Speak Truth – Have Faith

Day 4 The Nomination Of Joe Biden

Andrew Yang gave his pitch to the non-voter and first timer. Please give the democratic process a chance. Don’t miss it. Our future is now.

She fed the people who wanted to hear Trump teasing, some red meat. The 2020 DNC has the best Chicks.
Chris Coons talked about the Catholic faith roots of Joe Biden. His faith has always been a moral compass. While tempering his faith with respect to belief diversity, he’s no theocrat. Joe isn’t trying to get you to follow his beliefs.
Kiesha Lance Bottoms gave her best advice -use the early vote. 40 States have it.

There was a moving multimedia tribute to John Lewis. A true grass roots mentor to his fellows in Congress.
Then a song of hope from John Legend.
Hope is where elder wisdom meets youthful energy to be woven into the rich tapestry of history.
Deb Haaland I have one question. What happened to the native vote in Oklahoma?
How do we enable the native votes of indian country? People’s health, land, and democracy itself are defended at the ballot box.
Putin has the GRU working full time to hack our systems and minds, we have a lot of BS to cut through to get to some hearts and minds. Ultimately, you do you.

Cory Booker was there

Ready to talk about unions and how they created the middle class. Meanwhile, the only unions Donald Trump likes are shady police unions.
Unions proved how together we will rise, but union jobs are under constant attack. Trump just hates unions because they get a lot of donors for the Democratic side, so the union-busting job Reagan started in the 80’s continues. Union membership is at an all time low under Trump’s administration today. He wants to kill the postal worker’s union to raid one of the last large federal worker pensions.
Nobody alive has the long and authentic partnership with trade unions than Joe Biden.
Another breakout session. We could use a day of these after Joe’s nominated.
Dems tell us the truth about Coronavirus. A safe vaccine fairly distributed.

Biden on War
Lead by the power of our example, not by an example of our power.

Mayor Pete upheld the soldier’s view of Biden. Then the DNC went down another road that Trump and the Republican’t Party dare not tread! Trump will not be able to find  a single President or also-ran to come forward with a full-throated endorsement. Biden got all of them. This is the most inclusive and on-board organization I’ve seen in decades.

Michael Bloomberg was allowed a couple minutes to speak.
A famous political chameleon, he shows us an a-political comparison. He delivered it almost a la George Carlin. OK, worth a watch.

Build back better with green energy and product development. Made in the USA.

The DNC then had a Jerry Lewis telethon type of speech about the future of healthcare in the USA. Trump has deplorables on the schedule of the RNC.
I didn’t know it was Joe’s campaigning that put the Democratic Party on the map in Delaware.
Joe Biden served during the most trying times. Stood up against Republican wars since Bush Gulf War. He also overcame great personal sacrifice.
Trump can keep a stiff upper lip when facing a family member death or two, but only because he’s a sociopath.
Biden apparently was saved the place to bring the campaign battle on to Trump and Trumpism.

Trump has no plan -that he’ll admit to

Now we know that Biden has plans, including Warren’s. With a team in the Democratic Party ready to get passed the decade-old stack of bills off of Mitch McConnell’s desktop jail. It will make the new democratic legislative session the most productive in the nation’s history! People feared that Biden was a moderate who will merely undo the Trump damage and return to a status quo. This DNC 2020 E-vention showed us just how much better we aspire to raise our country.

Trump got busted by Biden and left no defense. Trump and Pence will wither in any debates they don’t flee from. Based on the Hillary debates he needs to learn social distancing practices.

Biden and Harris have been Senators and they know we need to flip every Republican’t Party obstruction out. We must win every seat we can. Them we must keep it up for two more election cycles to finish the party of Putin.
I would put Joe Biden’s celeb photo collection up against Trump’s anytime. Also Joe’s direct-quoteable meetings, even with a child.
We need a blue wave of justice to really drain the swamp in DC, and in your State House. We can win this together.

This stream worked flawlessly
when ustvgo, MSNBC,
and Youtube crashed.