You can use the BERN APP to keep track of active conversations about Bernie. This app organizes your canvasing and calls.

Get Your Bernie2020 Apps Here

If we can bring more people into our campaign, we are going to win. Visit app.BernieSanders.com and use our new online tool — Bern — to look up people you know and let us know if they support our campaign or are undecided. This is so important.

What an amazing day for our political revolution. More than 60,000 people attended more than 4,700 Organizing Kickoff events all across the country. And the message we sent loud and clear for all to see and hear is that this is the campaign capable of defeating Donald Trump and transforming our country.
It was a shining example of the spirit animating our campaign: Not Me. Us.
A packed house in Seattle: 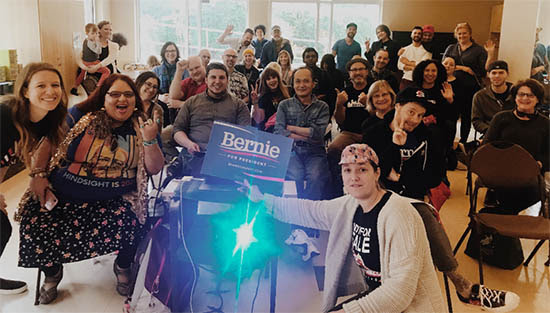 A lot of app activity in Nashville:

Michael Moore stopped by an event:

Please visit this link, look up some of your friends and family members, and let us know if they support our campaign or are undecided. This is a critical ask. Please take a moment to do it today.

People talking to people. It is our most valuable resource. And it is the foundation for how we are going to win this election and transform our country. 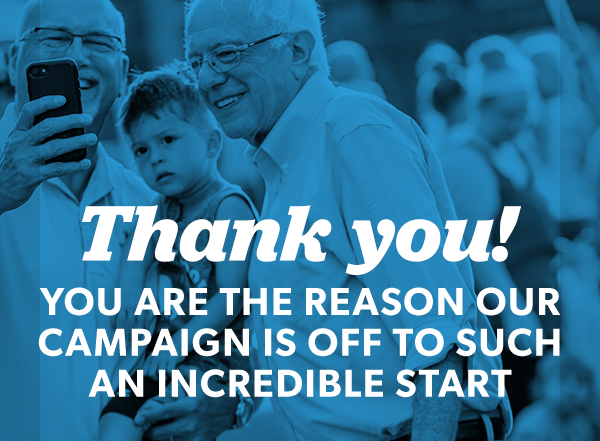 The BERN app is an organizing tool that no other campaign has — you can identify voters, hold community canvasses, and use the friend-to-friend feature, all on your mobile phone.

You can now download the app for Apple and Android devices.

Unlock one of the most revolutionary tools in political organizing and download the BERN app today:

Here’s a sneak peek into how you get started:

Bernie is building a bottom-up movement powered by people. But building a grassroots movement capable of winning this primary and transforming our country means that we need to organize — this app is our advantage. If we can bring together millions of people across the country, we can win this election. Downloading the app is the first step in making that happen.

This movement isn’t powered by billionaires or wealthy donors — it is powered by people.

Can you make a contribution to our campaign tonight? Help us close the gap on our opponents’ fundraising before the next FEC deadline.

Bernie is asking people across the country to do something important today:
Please add your name at the link below to say you support his campaign to win the Presidency and to transform our country.

The only way we will win this election and create a government and an economy that works for all of us is with a grassroots movement — the likes of which has never been seen before.

All of us have a role in that effort. And it starts with being willing to say that you’re in this fight. That sends a very important message.

That’s why, today, thousands of volunteers for our campaign are reaching out to millions of voters across the country and asking them to do something important.

Something I want to ask you to do right now:

Add your name if you support our campaign to win this primary, defeat Donald Trump, and transform our country. This is important and will give us a good sense of where we’re at.

Our campaign is about taking on the powerful special interests that dominate our economic and political life.

You know who I am talking about:

I am talking about Wall Street, the health insurance companies, the drug companies, the fossil fuel industry, the military industrial complex, the private prison industry and the large multinational corporations that exert such an enormous influence over everything.

And that starts with you. So please, add your name to say you endorse our campaign:

They may have the money and power, but we have the people.