Is Donald Trump about to use the Bush playbook to manipulate our nation into a war with Iran, or maybe even Venezuela. Ironically, not Russia or Korea -he will just set us up to receive a first strike attack from them. You can see that Trump’s world view and incompetence could bring disaster. However, this post is about the additional danger of a war started as a political ploy to stay in office.

The war industry is back at it. And the Trump administration is using the same playbook the Bush administration used to roll out and launch the Iraq War in order to lay the groundwork for a war with Iran.

That’s why we went ahead and decided to compare the speeches from the Bush and Trump administrations in a short, powerful video. And you won’t believe all the similarities that we found. They’re so shocking that the video is close to reaching 1 million views across all our social media platforms!

Click here to watch and share this important video to make sure we don’t fall into the same trap that led our country into the Iraq War. 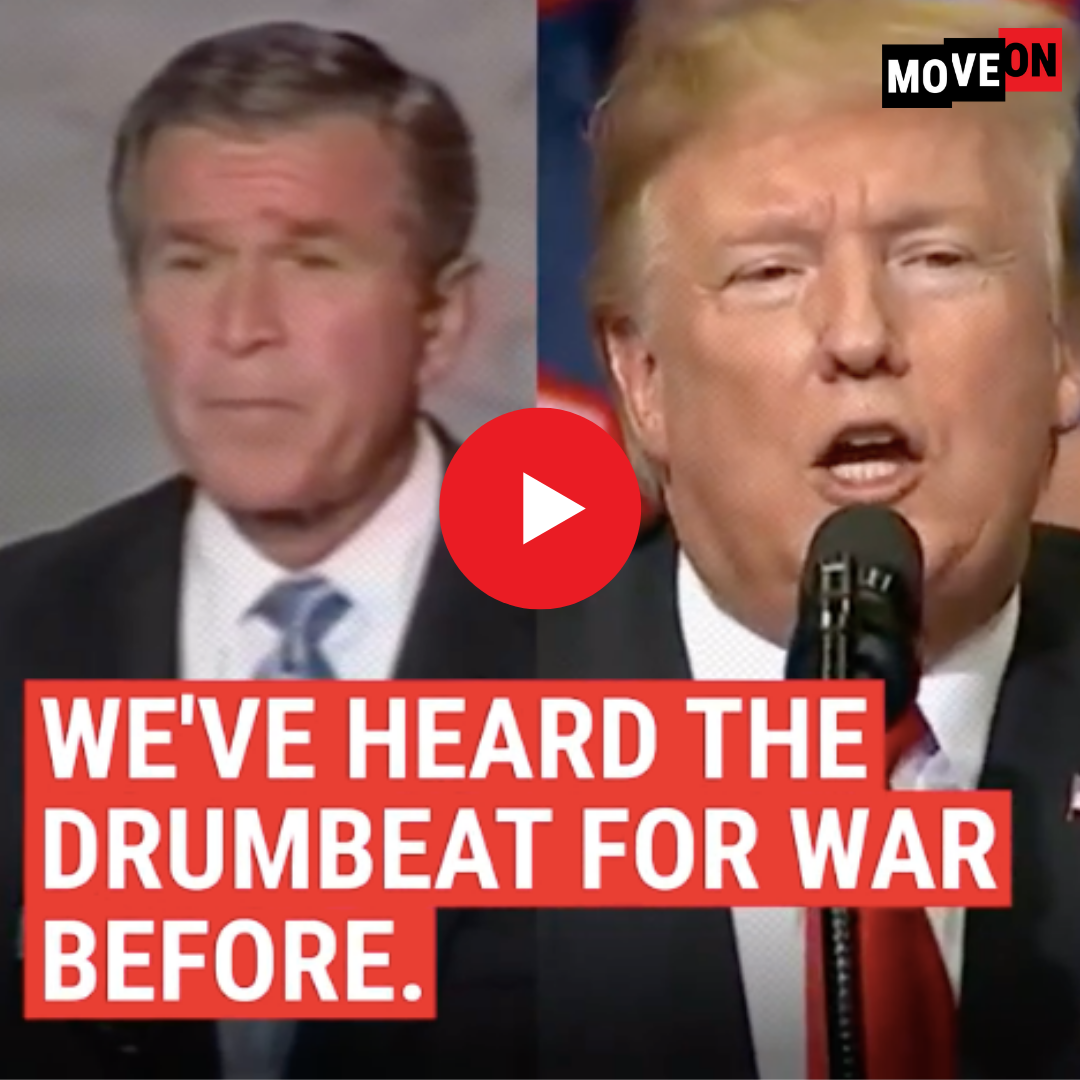 MoveOn’s data scientists also ran a test and found that 64% of viewers who were surveyed think that it’s important for others to watch the video. This included viewers who are Democrats, Independents, and, yes, even Republicans!

So click here to watch the video, and then be sure to share on your social media platforms or forward this email to friends and family.

–Iram, Seth, Erica, Chris, and the rest of the team

What’s old is new again -if we don’t act to prevent a repeat of shameful history!

Want to support our work to build a progressive foreign policy? For too long, our global policies have been based around the interests of weapons manufacturers, detrimental alliances with those who are committing human rights abuses, and xenophobia and anti-Muslim racism that scapegoats some of the most vulnerable communities in the country. Now, we have a chance to start changing that. Will you stand with us and start a weekly contribution today?

No, I’m sorry, I can’t make a weekly donation.

One Reply to “Trump Is Using the Bush War Playbook”