When We Get Bernie To the White House

When Bernie gets to the White House It is not a radical idea fora company like Walmart. largest employer in America to start paying its workers a living wage!

Today I spoke at Walmart’s annual shareholders meeting to demand that workers receive a living wage and a seat on the company board.
Despite making $10 billion dollars in profits last year, Walmart continues to pay starvation wages that leave workers struggling to get by. That is unacceptable.
Add your name today if you agree it’s time for Walmart to pay its workers a living wage of at least $15 an hour.

My message to the Walton family was pretty simple: Pay your workers a living wage and give them representation on the company’s board.

The Walton family, who owns Walmart, is the wealthiest family in America. They are worth about $175 billion dollars.

The minimum wage right now at Walmart is $11 an hour, which is not enough for workers to get by. So I am calling on Walmart to raise its minimum wage to at least $15 an hour. No less.

The American people are sick and tired of having to subsidize the Walton family while many of Walmart’s employees are forced to go on food stamps, Medicaid, and public housing.

So today I told the Waltons, the richest family in America, that they must pay their employees a living wage. But it is not enough for them to hear from me. They need to hear from you too, James – it’s important that we all show we stand in solidarity with Walmart workers today.

Add your name to tell the Walton family that you believe it’s time they pay Walmart workers a living wage of at least $15 an hour and include hourly employees on the company’s board.

It is not a radical idea to demand that a huge, profitable corporation like Walmart – the largest employer in America – start paying its workers a living wage.

But instead of treating its workers with dignity, Walmart would rather pay starvation wages that leave workers struggling to support themselves and their families.

We are at a time of massive income and wealth inequality where over half of the American people are living paycheck to paycheck while the CEO of Walmart makes more than 1,000 times what the average worker makes.

That is absurd. The greed of Walmart has got to end.

That is why I spoke at the Walmart shareholders meeting earlier today to tell the Walton family to start paying their workers a living wage.

Now I want them to hear from you. Together we must send an unmistakable message that we will fight to end the reckless greed of corporations like Walmart. Add your name:

Sign my petition if you agree it is time for Walmart to pay its workers a living wage of at least $15 an hour and give hourly employees a seat on the board of directors.

If Amazon, Costco, and Target can all pay their workers $15 an hour, so can Walmart.

Thank you for standing in solidarity with Walmart workers today.

This group of corporations is in for a VERY rude awakening: 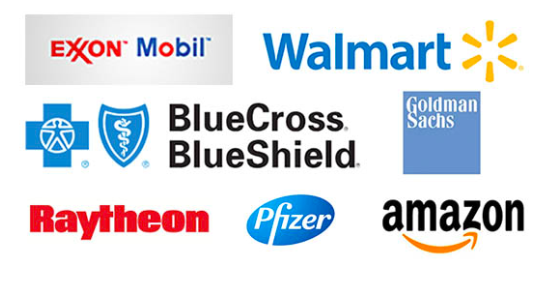 Because when this guy:

We are going to put an end to their greed. For good.

But Bernie can’t do it alone.

Make a $3 contribution to our campaign ahead of tomorrow night’s end-of-month fundraising deadline. The last one before the debates.

Right now we’re a bit behind on our goals for the month, but your contribution right now will help us close the gap and get us on the course we need to win this election, and to transform this country.