Can You Pick What Bernie Should Focus On During the Debate?

You can use this form to say what you want covered, and take an extra opportunity to show the Bernie 2020 Campaign some support.

Got a minute? Tell us your top three issues you want Bernie to talk about in the first debate. We’ll show him the list before debate prep — put in your ideas now!

Here’s the questionnaire for you to answer: 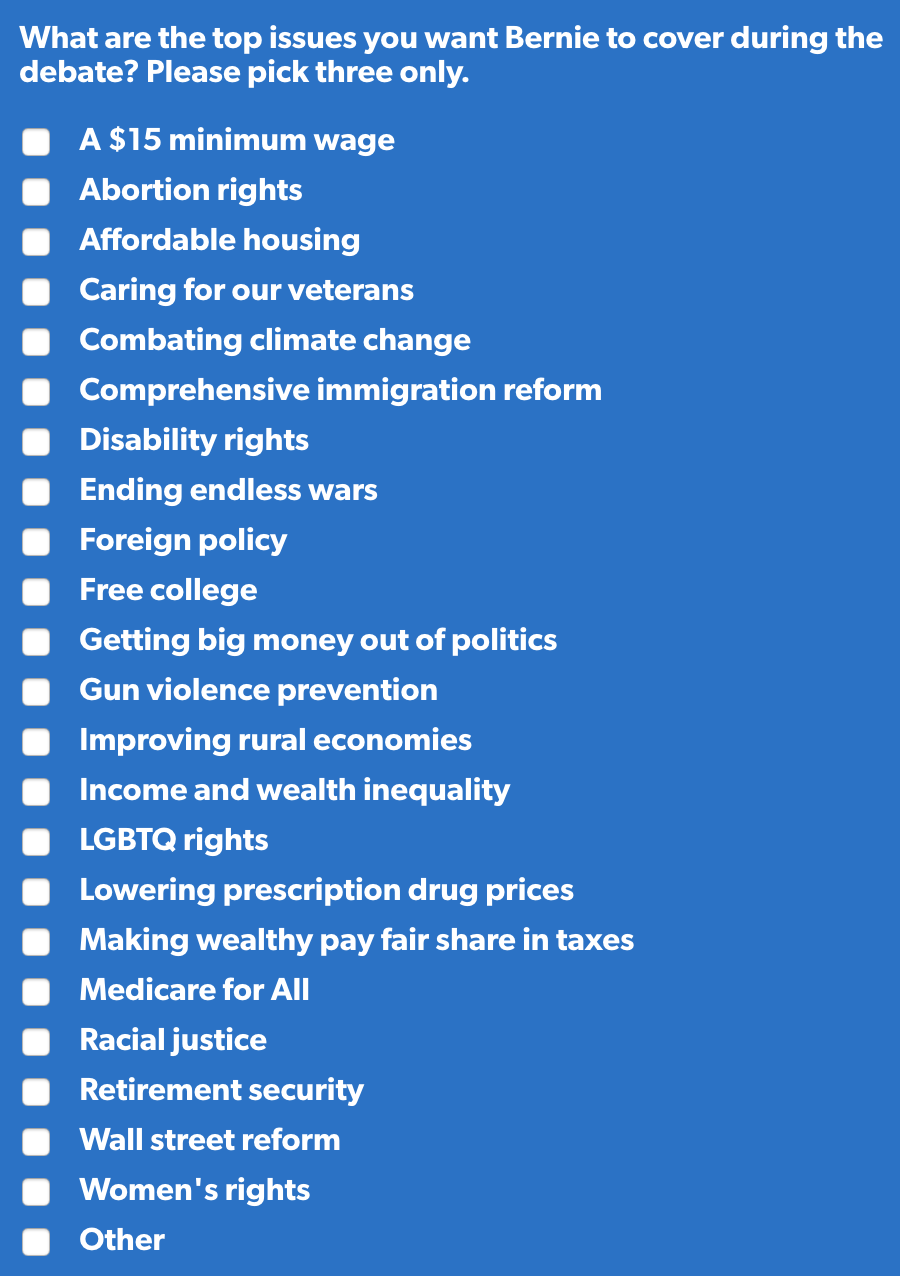 Now, you would think that having already bought up the entire Republican Party, that they might be satisfied. But apparently that is not the case. They will not be satisfied until they have bought BOTH major parties.

That is not democracy. That is oligarchy. And we cannot let it happen:

Make a $3 contribution to our campaign as a way of saying there is NO WAY we are going to let the Koch brothers start buying up Democratic candidates and the 2020 campaign.

This isn’t personal for me. I don’t know the Koch brothers, but I do know this: one of the most significant realities of modern politics is just how successful they have been at moving the Republican Party to the extreme right.

Now they will try to move the Democratic Party even further to the right.

And the only way to stop them is to build a grassroots progressive campaign that rejects their right-wing ideology.

That is what we are doing on this campaign. But I cannot do it alone:

Our vision for American democracy should be a nation in which all people, regardless of their income, can participate in the political process and can run for office without begging for contributions from the wealthy and the powerful.

We are proving that is possible through this campaign.